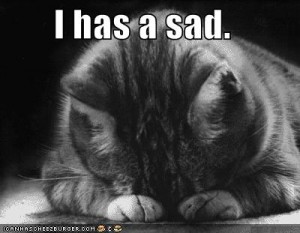 It’s terrible, isn’t it? I has a major sad, just thinking about the specter of poor rich Republicans who might even have to start clipping coupons or confine their vacations to the continental USA. It’s just not right.

I wonder if they’ll have gourmet food at the food banks?

Several top Republicans have said recently that President Obama’s plan to allow the expiration of Bush-era tax cuts for the wealthiest two percent of Americans is “class warfare.”

“Instead of resorting to tired old class warfare rhetoric, pitting one working American against another, the president and the Democratic leadership should start working with us this week to ensure a fair and open debate to pass legislation to cut spending and freeze tax rates without any further delay,” said House Republican Leader John Boehner on Sunday.

And Rep. Mike Pence (R-Ind.) reportedly also used the term during a Tea Party rally in Washington Sunday: “We will not compromise our economy to accommodate the class warfare rhetoric of this administration.”

On Monday, the second-ranking Republican in the Senate elaborated: “I don’t think Americans should be pitting Americans against each other,” said Sen. Jon Kyl (R-Ariz.) on the Senate floor. “Americans agree with President Kennedy’s formulation that a rising tide lifts all boats. And Americans believe — it’s our basic idea of a country — that we want everyone here to succeed, to do well and not to pit one group of us against another group.

“We all aspire to be in the very top groups of whatever we’re talking about. And because of the kind of country we have, we have that opportunity and people do move from one income tax bracket up to the next one for example, as we increase our incomes,” Kyl continued. “So we don’t want to punish anyone for being successful. That class warfare went out of style when the Cold War ended.”