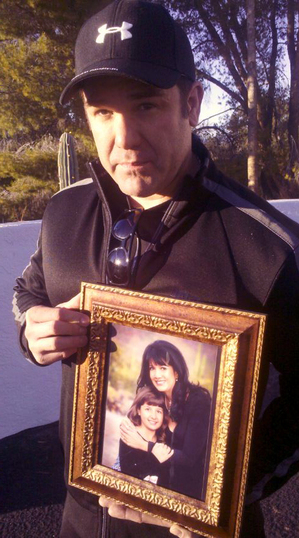 Christina Taylor Green, dead in a political drive-by shooting at the age of nine. Dear God, what has all this hate done to our country?

In a final heartbreaking irony, Christina (sadly, the granddaughter of former Phillies manager Dallas Green) was featured in a book called “Faces of Hope: Babies Born on 9/11.”

And she was the only girl on her local baseball team. She played second base.

TUCSON, Ariz. – A 9-year-old girl was among the five who died in a shooting rampage in Tucson Saturday afternoon.

He described her as a “typical” girl who was bright, on student council and who loved ballet.

“They just went up there because they were having the political rally.

“And the neighbor, who also was shot, thought it would be nice if she brought Christina up to the Safeway, just to you know, just to see it and the next thing you know this happened.”

“We, of course, didn’t anticipate. I mean, how do you prepare for something like this?”

He said he believes the little girl was shot in the chest.

“We went down to the hospital and she was dead.”

If you’d like to do something positive, please make a donation to the Brady Center to Prevent Gun Violence.

One thought on “‘How do you prepare for something like this?’”