I admit, Sarah, I’ve had trouble taking you seriously ever since Matt Taibbi in “Griftopia” absolutely nailed your persona as a Piedmont Airways flight attendant, only without the polyester neck scarf. I keep picturing you leaning in and asking, “Would you like a beverage?” with that sort of professional “warmth.” 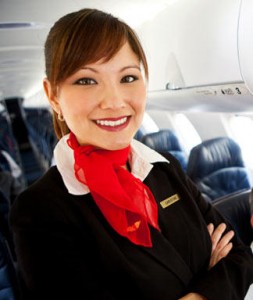 But you’re not that benign — and clearly, you don’t see your job as that of serving. You’re narcissistic, and reckless. You’ll say or do almost anything to get a wave of emotion out of your followers. You feed on both the adoration — and the attacks.

Now, I realize that someone sat you down after the unhappy intersection of your “bullseye” map and the shootings in Tucson and explained to you that you had to make a public statement. But of course you insisted that ultimately, it would still be about you.

Of course it would.

And that’s how your “statement” turned out to be an extended exercise in self-defense. (“Blood libel,” Sarah? Really?) You’re whiny, and vindictive. Because you think small, Sarah. You are small.

The kind of people who love you? They’re small, too. They love seeing themselves reflected in you. They love being victims, they love being urged to “reload”. They’re armchair revolutionaries who fantasize holding hated political figures at gunpoint.

Because that whole “us against the evil world” thing is so spiritually impoverished. It’s grounded in hostile self-defense, and it’s destructive. Where’s the creative spark of the divine in saying no and tearing down? In division instead of inclusion? In just plain lying?

I hope the time has come for you to leave the national stage, Sarah. You’re just not a nice person, and you bring out the worst in people. Hell, you’re not even pretty, not really. Because when you’re attacking people, and you get that smug look on your face, you look as ugly on the outside as you are on the inside. 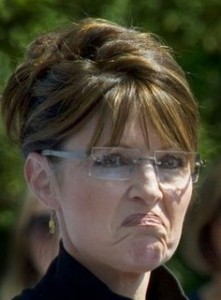