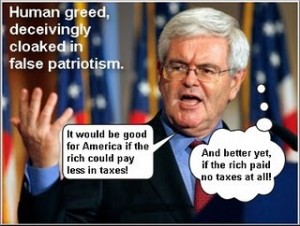 David Cay Johnston is perhaps the best-informed reporter in the country on tax policy, and he’s been a one-man band for a long time, beating the drum for fairer taxes:

For three decades we have conducted a massive economic experiment, testing a theory known as supply-side economics. The theory goes like this: Lower tax rates will encourage more investment, which in turn will mean more jobs and greater prosperity—so much so that tax revenues will go up, despite lower rates. The late Milton Friedman, the libertarian economist who wanted to shut down public parks because he considered them socialism, promoted this strategy. Ronald Reagan embraced Friedman’s ideas and made them into policy when he was elected president in 1980.

For the past decade, we have doubled down on this theory of supply-side economics with the tax cuts sponsored by President George W. Bush in 2001 and 2003, which President Obama has agreed to continue for two years.

You would think that whether this grand experiment worked would be settled after three decades. You would think the practitioners of the dismal science of economics would look at their demand curves and the data on incomes and taxes and pronounce a verdict, the way Galileo and Copernicus did when they showed that geocentrism was a fantasy because Earth revolves around the sun (known as heliocentrism). But economics is not like that. It is not like physics with its laws and arithmetic with its absolute values.

Tax policy is something the framers left to politics. And in politics, the facts often matter less than who has the biggest bullhorn.

The Mad Men who once ran campaigns featuring doctors extolling the health benefits of smoking are now busy marketing the dogma that tax cuts mean broad prosperity, no matter what the facts show.

As millions of Americans prepare to file their annual taxes, they do so in an environment of media-perpetuated tax myths. Here are a few points about taxes and the economy that you may not know, to consider as you prepare to file your taxes. (All figures are inflation-adjusted.)

I especially enjoyed the information on just how much the poor pay in taxes — especially compared to the rich.