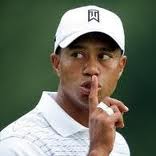 There are women who will have sex, pretend or otherwise, with anyone they consider even a minor celebrity. And if those women engage with that man, and indulge in sexual activity with him, he becomes a sexual predator and a misogynist. He is now an outcast, unsuitable for human company.

I have so much trouble keeping the rules straight!

Well, the harm is that they begin to believe that’s what all women want. And even a consenting woman faced with that kind of aggression might be scared.

I didn’t get into it, but I had friends who did. They pretended to be excited while they were laughing their asses off on the other end. Do guys really believe everything they read on the internets, or in Penthouse letters? Did they really think all of these total strangers were really into them?

Guys think about sex, a lot. I read somewhere that guys think about sex an average of 40 time an hour. I repeated this to a friend; she didn’t believe me and called her husband into the room: “Honey, this isn’t true, is it?”

He said yeah, of course it was.

“And even when you meet women you’re not attracted to, you still think what it would be like to have sex with them?”

Affirmative. (My friend was really mad by this time. But at what? The fact that guys think about sex all the time?)

Given the right circumstances, all kinds of people get into sexual situations you wouldn’t believe. It’s just part of being human. The part about leaving an electronic trail? Well, you know, stupid. Wishful thinking. Hubris.

But let’s not forget that high-testosterone men are prone to the same kinds of risk-taking behavior. Look at Wall Street, Hollywood, rock music, professional sports.

While you may not want to have such a person in your life, they’re not sub-human. They’re just not that evolved.

Men, remember: As someone pointed out on Jon Stewart last night, if we weren’t interested in having sex with you in the first place, sending us a picture of your junk isn’t going to seal the deal.