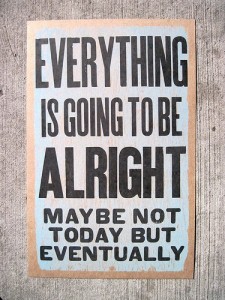 So they’re selling off pieces of Greece to pay for the bankers’ losses. How nice, to gamble at the casino and know someone else will always cover you when you lose.

In case this was discussed so long ago you’ve forgotten, we’ve propped up banks that are in really bad shape for the past three or so years, instead of letting them crash and rebuild — which most economists (including Krugman) recommended. Instead, the administration chose the “extend and pretend” policy so beloved by Wall Street. That is, if we just all pretend everything’s going to be okay, eventually it will be.

You see how well that’s worked out. But apparently anyone who criticizes Obama is only angry because of Hillary Clinton.