Is there no end to the perfidy of Wall Street and their enablers? Even for Darrell Issa, who’s been rumored to boost a car or two, this is truly outrageous: 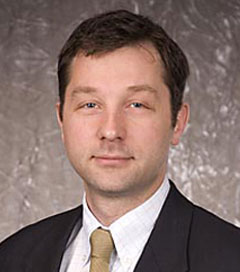 Has Rep. Darrell Issa (R-CA) turned the House Oversight Committee into a bank lobbying firm with the power to subpoena and pressure government regulators? ThinkProgress has found that a Goldman Sachs vice president changed his name, then later went to work for Issa to coordinate his effort to thwart regulations that affect Goldman Sachs’ bottom line.

In July, Issa sent a letter to top government regulators demanding that they back off and provide more justification for new margin requirements for financial firms dealing in derivatives. A standard practice on Capitol Hill is to end a letter to a government agency with contact information for the congressional staffer responsible for working on the issue for the committee. In most cases, the contact staffer is the one who actually writes such letters. With this in mind, it is important to note that the Issa letter ended with contact information for Peter Haller, a staffer hired this year to work for Issa on the Oversight Committee.Issa’s demand to regulators is exactly what banks have been wishing for.

Indeed, Goldman Sachs has spent millions this year trying to slow down the implementation of the new rules. In the letter, Issa explicitly mentions that the new derivative regulations might hurt brokers “such as Goldman Sachs.”Haller, as he is now known, went by the name Peter Simonyi until three years ago. Simonyiadopted his mother’s maiden name Haller in 2008 shortly after leaving Goldman Sachs as a vice president of the bank’s commodity compliance group. In a few short years, Haller went from being in charge of dealing with regulators for Goldman Sachs to working for Congress in a position where he made official demands from regulators overseeing his old firm.

It’s not the first time Haller has worked the revolving door to help out Goldman Sachs. According to a report by the nonpartisan Project on Government Oversight, Haller — then known as Peter Simonyi — left the Securities and Exchange Commission (SEC) in 2005 to work for Goldman Sachs, then quickly began lobbying his colleagues at the SEC on behalf of his new firm. At one point, Haller was requiring to issue a letter to the SEC stating that he did not violate ethics rules and the SEC agreed.

One thought on “When you have nothing to hide, you hide nothing”