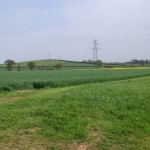 What could possibly go wrong with this approach? By the way, I look forward to the day when we’re trained to do our own tax audits. Freedom!

For years, biotech agriculture opponents have accused regulators of working too closely with big biotech firms when deregulating genetically engineered (GE) crops. Now, their worst fears could be coming true: under a new two-year pilot program at the USDA, regulators are training the world’s biggest biotech firms, including Monsanto, BASF and Syngenta, to conduct environmental reviews of their own transgenic seed products as part of the government’s deregulation process.

This would eliminate a critical level of oversight for the production of GE crops. Regulators are also testing new cost-sharing agreements that allow biotech firms to help pay private contractors to prepare mandatory environmental statements on GE plants the United States Department of Agriculture (USDA) is considering deregulating.

Yep, and I’m sure they’ll be just as stringent as Enron’s accounting firms!

The USDA launched the pilot project in April and, in November, the USDA announced vague plans to “streamline” the deregulation petition process for GE organisms. A USDA spokesperson said the streamlining effort is not part of the pilot project, but both efforts appear to address a backlog of pending GE crop deregulation petitions that has angered big biotech firms seeking to rollout new products.

Documents obtained by Truthout under a Freedom Of Information Act (FOIA) request reveal that biotech companies, lawmakers and industry groups have put mounting pressure on the USDA in recent years to speed up the petition process, limit environmental impact assessments and approve more GE crops. One group went as far as sending USDA Secretary Tom Vilsack a timeline of GE soybean development that reads like a deregulation wish list. [Click here and here to download and read some of the documents released to Truthout.]

As policy expert Bill Freese said, “It’s the equivalent of letting BP do their own Environmental Assessment of a new rig.”

4 thoughts on “I’m sure it will all be fine”