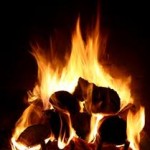 Congress reached a deal Thursday to avert a shutdown that would have begun at midnight tonight, and in doing so, Republicans found another low-income program to target, cutting funding for subsidies that help the poor stay warm during the winter by nearly 25 percent. At the same time, however, the Pentagon’s budget is getting a 1 percent boost, as the Associated Press noted:

Highlights of the $1 trillion-plus 2012 spending legislation in Congress:

—$3.5 billion for low-income heating and utility subsidies, a cut of about 25 percent.

The Low-Income Home Energy Assistance Program (LIHEAP) has become increasingly vital for American families affected by the recession, and it is utilized more and more by military families. One of every five families using LIHEAP is a military family, a 156 percent increasefrom 2008. Congress, however, decided to cut that program to give a boost to a budget that already makes up 20 percent of the country’s total budget and has been spared in multiple spending agreements this year (the super committee trigger a notable exception).

Plenty of evidence exists that Congress should be focused on investing into programs that boost economic growth and job creation, rather than chasing fiscal austerity toward another recession. If it insists on cutting spending to deal with the deficit now, however, the least it could do is not take the knife to each and every program that helps the poor.

3 thoughts on “They gotta go”