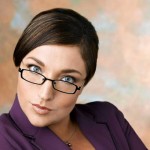 I really am beginning to think that the only possible way the Obama administration will stop chasing independent votes by capitulating to Republicans and letting them screw everything up is to call… Supernanny! Because allowing states to simply shred medical benefits the way they do with Medicaid is not going to inspire people to go out and vote for the president again, and I can’t believe they don’t see that:

WASHINGTON — In a major surprise on the politically charged new health care law, the Obama administration said Friday that it would not define a single uniform set of “essential health benefits” that must be provided by insurers for tens of millions of Americans. Instead, it will allow each state to specify the benefits within broad categories.

The move would allow significant variations in benefits from state to state, much like the current differences in state Medicaid programs and the Children’s Health Insurance Program.

“Differences”? I think they mean “deficiencies.”

By giving states the discretion to specify essential benefits, the Obama administration sought to deflect one of the most powerful arguments made by Republican critics of President Obama’s health care overhaul — that it was imposing a rigid, bureaucrat-controlled health system on Americans and threatening the quality of care. Opponents say that the federal government is forcing a one-size-fits-all standard for health insurance and usurping state authority to regulate the industry.

This criticism has inspired legal challenges to the new law — with the Supreme Court set to decide next year whether the government can require Americans to buy health insurance — and helps explain why public opinion of the law remains deeply divided.

The law is looming as a central issue in the 2012 presidential race, with Republican presidential candidates being evaluated on the strength of their opposition to it. The announcement by the administration follows its decision this year to jettison a program created in the law to provide long-term care insurance, a move that disappointed liberal backers of the program championed by the late Senator Edward M. Kennedy.

The action Friday prompted questions among supporters of the new health care law. Prof. Timothy S. Jost, an expert on health law at Washington and Lee University, said, “The new bulletin perpetuates uncertainty about what benefits an insurer will be required to cover under the Affordable Care Act.” From the consumer’s point of view, Professor Jost added, “I wish the Department of Health and Human Services had signaled that there would be more uniformity and less flexibility.”

Chris Jacobs, a health policy analyst for Senate Republicans, said the new policy “gives states the flexibility to impose more benefit mandates, not fewer,” and would lead to higher insurance premiums, contrary to what Mr. Obama promised in the 2008 campaign.

See? No matter what he does, the Republicans find a way to criticize it. Why try to get their approval?

6 thoughts on “This is a job for Supernanny”