Today, the Maryland House of Delegates passed a marriage equality bill. It goes to the state Senate, and if it passes, they have a Democratic governor, Martin O’Malley, who’s man enough not only to sign it, but to go out and campaign for it:

That would set the stage for the measure to be signed into law by Democratic Gov. Martin O’Malley, a gay marriage supporter who lobbied fervently for the bill this week. One of his chief tasks was to sway black lawmakers, many of whom were hesitant to back an issue opposed by much of the state’s black clergy.

“Today, the House of Delegates voted for dignity,” O’Malley posted on Twitter. He later added in another tweet, “Love is an inalienable right.” 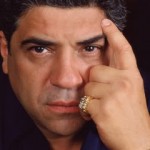 As opposed to bloviating little bullies like Chris Christie, who like to talk big and pretend to be straight shooters, but are actually scared little boys who are afraid to cross their party’s right wing:

Feb. 17 (Bloomberg) — New Jersey’s Republican Governor Chris Christie fulfilled his pledge to veto a bill that would have legalized same-sex marriage, setting up an override fight with a Legislature controlled by Democrats.

Christie, 49, announced the move in a statement issued late today from his Trenton office. Lawmakers sent the measure to him earlier in the day. Sponsors said they’ll work to assemble the two-thirds majority in each chamber needed to override the veto.

“For someone who has national aspirations in the Republican party right now, I think there’s not much choice but to take this position,” Ken Sherrill, who teaches politics at Hunter College in New York, said by telephone.

Christie has said he believes that marriage should be between a man and a woman and that the issue should be decided by a statewide referendum. Democrats have countered that marriage is a civil right and shouldn’t be subjected to a popular vote. Legislative leaders have made the issue a priority, two years after failing to pass a similar bill supported by then-Governor Jon Corzine, a Democrat.

“I am adhering to what I’ve said since this bill was first introduced — an issue of this magnitude and importance, which requires a constitutional amendment, should be left to the people of New Jersey to decide,” Christie said in his statement.

Now go listen to the stirring video, in which Newark Mayor Cory Booker puts Christie in his place: “Dear God, we should not be putting civil rights issues to a popular vote. No minority should have their civil rights subject to the sentiments, the passions of the majority.”

And as Washington Gov. Christine Gregoire, who signed a marriage bill this week, told CNN:

“Sometimes the majority doesn’t always protect the minority,” Gregoire said about voter referendums in an interview today on CNN. “We were elected to make decisions.”