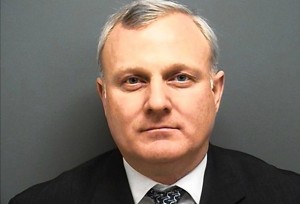 Well! It’s nice to see at least one Wall St. banker face criminal charges! He allegedly decided to stab his cab driver for the sheer audacity of asking for the agreed-upon fare. Geeze, I hope the court doesn’t hold it against the guy. After all, he’s been living in the 1% bubble for a long time, he probably doesn’t know any better. As to the racial slurs? As Mayor Bloomberg keeps reminding residents, New Yorkers should be grateful just to have the bankers spending money in their town. Threats and stab wounds seem a small price to pay for that privilege.

The New York Post, of course, has the details:

A mild-mannered, hardworking New York City cabby lamented to The Post yesterday that he was insulted, demeaned and threatened by a boozy bigwig who refused to pay him, screaming: “Go back to your own country . . . I’m going to kill you.”

Mohamed Ammar said investment banker W. Bryan Jennings — a $2-million-a-year fat cat for Morgan Stanley — went from being a sweet gentleman he picked up in Midtown to a surly, knife-wielding “drunk” who stiffed him on the $204 fare when they got to Jennings’ Darien, Conn., home.

“I said, ‘You have to pay me. It’s the law,’ ” Ammar recalled at his Queens home yesterday, where he lives with his wife and three children. “He says, ‘What law? You should go back to your own f–king country.’

“I say, ‘This is my f–king country, excuse my language. I’m an American citizen!’ ” said the driver, who is originally from Egypt.

“That’s when he pulled out the penknife . . . He leaned forward and yelled, ‘I’m gonna kill you, motherf–ker!” Ammar said.

“I saw his hand balled up into a fist and I thought he was going to punch me,” the cabby said.

“I put my hand out to protect, and that is when I saw the penknife. He went for my neck first but ended up slashing my hand many times as I was fighting him off . . . My hand was bleeding pretty bad” as Jennings fled on foot, Ammar said.

“He was drunk and out of control, and he could have killed me. That was one of the scariest moments of my life.”
Ammar needed six stitches to close his wounds.

If you ever bought mortgage-backed derivatives, this part of the scenario should sound familiar:

“When he got into the cab, I took out the book that shows fares for out-of-state trips,” he said, explaining that a fare of $204 is suggested.

“I tell him that I should collect the money before we go on our way. But he says, ‘Don’t worry about it. You will get plenty of money’ ” After the men agreed to a $204 flat fare, Ammar said. “I go along with this because $204 really is a lot of money to me.”

Ammar said Jennings slept during the 43-mile trip to Darien, where they arrived after midnight.

When Ammar woke Jennings, “He was groggy and angry and he was talking very loudly,” the cabby said.

“Are you crazy?” Jennings screamed, recalled the driver. “That’s too much. I’m already home. I don’t feel like paying!”

Imagine that. A Wall St. banker promising to pay, then offering pennies on the dollar. Fetch my smelling salts, hon, will ya? Also: Read this.

4 thoughts on “Finally, a banker who might go to jail”