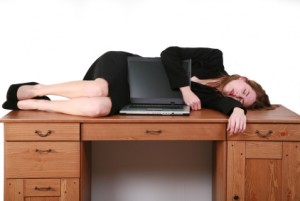 Post-surgery problems continue. Now it’s swollen glands and enormous, crushing fatigue. The doctor (of whom I’m not enamored) sent me for mono, thyroid, Vitamin D deficiency and Lyme testing. He seems to think there’s a good chance of a Lyme relapse, especially since I was never treated the first time.

Most readers haven’t been around long enough to have heard that story. It was back in the early days of the HMOs, and the primary care doctor I had was a moron. How do I know? Because I had a tick bite on the edge of my ear, and there was a classic ring around it — actually, a semi-circle, since the bite was on the edge of the ear.

“It can’t be Lyme, it doesn’t have the bullseye,” he kept saying. I kept pointing out the semi-circle. He kept ignoring it. Instead, he sent me to an infectious disease specialist who found nothing (the Lyme tests are notoriously inaccurate), and a neurologist who said I “probably” had MS. (No, I didn’t. I had doctors who ignored everything I told them.)

It was the worst six months of my life. I don’t know I stayed employed; I dragged myself out of bed in the morning, sleepwalked through work, and would come home to pass out on the couch until it was time to go to bed. I had fevers all the time, and night sweats, and the left side of my body was numb. You could have drawn a line down the middle, and everything was numb on one side, even my tongue. But I had two kids to raise, so I managed somehow.

It’s really hard to fight with doctors when you’re in bad shape, and when the HMO moron insisted I take Prozac, I did. That didn’t help, either. Nothing did.

And then one day, after I stopped the Prozac, I suddenly felt a little better. Not normal, but better. The feeling on my left side started to come back. I started to get my energy back. After another month or two, I felt much, much better. Now, some 20 years later (at least until last week), the only remaining sign of Lyme was the occasional weird muscle undulation. Other than that, okay.

I talked to someone I know last night who had untreated Lyme for a long time and was finally treated. She said the antibiotics I took for the diverticulitis may have driven the dormant Lyme spirochetes out of hiding, and that’s what could have triggered the shingles.

I don’t want to think about any of this. I just want to wake up and feel good again.