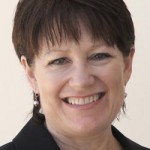 By Susie
Remember when Republicans throughout the land were wailing and gnashing their teeth about the Affordable Care Act? How concerned they were about the government “getting between” citizens and their doctors? Well, I guess we know now just how sincere they were:

The Arizona Senate on Tuesday approved a bill that would allow doctors withhold information about prenatal problems if it could make the decision to have an abortion more likely.

Such lawsuits are sometimes filed by parents of children with disabilities who believe that doctors withheld information that could have led to the decision to have an abortion.

“When I first heard of this issue, I couldn’t believe that these lawsuits are actually happening,” Barto told KTAR last month. “That some couples, after they give birth to their child that has a disability, would claim that the child should not have been born, and would sue to get damages.”

What a self-righteous twit of a woman. Not everyone can afford to take care of a child with a serious disability. Does she think God will send magical pixies to pay those bills? Not everyone can become a high-powered lobbyist like Rick Santorum, who admits that despite his hefty income, his family struggles with the cost of caring for his disabled daughter.

“The lawsuits that are being brought imply that the physician is somehow at fault if the child is born with a disability,” she added.

Barto claimed that a doctor could still be sued if there was evidence of wrongdoing.

Barto, who last year was named ALEC’s Legislator of the Year, is a proud member of the Pureheart Christian Fellowship. Apparently they use special editions of the Bible that delete the part about “judge not, lest ye be judged.”

Who knows? Perhaps her next legislative project may be modeled on Deuteronomy 22:28-29, a bill to force a raped virgin to marry her attacker.

2 thoughts on “Jesus, save us from your followers”