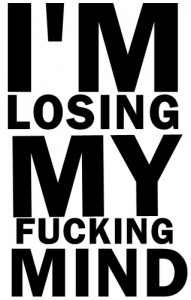 Okay, I moved my account to T-Mobile and got one of their Android phones. But then they told me that ATT hadn’t ported through my old number, so what happened was I had two cell phones, neither of which worked.

So I spent most of yesterday on the phone (Comcast landline), trying to get at least one of my phones running. This was not easy; T-Mobile insisted ATT hadn’t permitted the number to be ported; ATT insisted they’d given permission “at 3:37 p.m. yesterday.”

It turns out that the T-Mobile rep was supposed to give me a temporary phone number until they got the old one from ATT, but the rep who waited on me forgot and of course today was her day off.

In the meantime, I was on the phone all day with both the store manager AND the T-Mobile tech department. The tech department kept insisting ATT didn’t give their permission to port the number. ATT kept insisting they had. Finally, the tech person said he could give me a temporary number, but I’d have to authorize a $50 deposit on the account. “Woh, hold on. I did that yesterday,” I said, and hung up.

Finally, I got a temporary number after I finally figured out how to get the back off the phone (broke a nail – turns out I forgot I’d bought a case and that’s why I couldn’t get the back off) so I could read the SIM card number to the store rep. But then I had to call tech support again, and we had to reset the phone settings to the factory default in order for me to set up my email account. (I kept getting a “not connecting to server” message, but we finally got that straightened out.) Then I noticed at the bottom of an email from my brother that he had the same phone, so I called him. He emailed me his manual.

There was more, but I’ve blocked it all out so I don’t have to relive the trauma.

Anyway, I now have a cell phone. I can make outgoing calls, I’m not getting incoming. They say they’ll have it all straightened out in 24 hours, but I’m not counting on it. I have to dial into my old number to hear the voicemails, yet under the circumstances, I can live with it. And T-Mobile is $20 a month less than ATT, so there’s that.

2 thoughts on “Tales of the mercury retrograde”