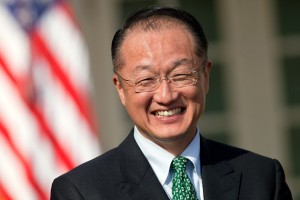 In their latest issue, Rolling Stone runs this expose, “Confessions of an Ivy League Frat Boy: Inside Dartmouth’s Hazing Abuses.” Until I read this, I had no idea that Dartmouth was a feeder school directly into the 1%. I also understand why NYC and D.C., the power centers of the 1%, have so many S&M dungeons that cater to their strange psychosexual needs, now that I have some idea what their twisted frat culture is like.

But the part that really astounded me was the news that Dartmouth President Jim Yong King apparently washed his hands of the issue when approached by a fraternity whistleblower, who detailed such practices as making pledges eat omelets made with vomit, forced drinking until puking, and various uses of a variety of human excretions to humilate and demean them. This guy is the nominee to head the World Bank, and I now have serious questions about his judgment.

Of course, it’s also the kind of thing that people on the inside of such privileged circles tend to miss. It’s all about “go along to get along.” I’m just not sure that’s what we want for the president of the World Bank when global economic systems are so very fragile:

Incidents like this are not lost on Dartmouth administrators. Last spring, college president Jim Yong Kim, an anthropologist, medical doctor and the co-founder of the international NGO Partners in Health, established an intercollegiate collaborative known as the National College Health Improvement Project to study high-risk drinking in the same way that Kim approached communicable diseases in Rwanda and Peru. The group is slated to report its findings next year. “We don’t expect to have solutions,” says Dartmouth spokesman Justin Anderson, “but what we will have is a ton of data and ways to measure the results.”

For many in the Dartmouth community, this data-driven approach falls short. “I just don’t see that working at all,” says Joe Asch, a former Bain consultant and Dartmouth alum who is the lead writer for Dartblog, a site that covers Dartmouth politics. “It all makes for great PR, but this is about a group of college administrators who’ve all tried different approaches to a serious problem on their campuses, none of which have made a dent.” Even more crucially, such initiatives are not directed at fraternity culture itself, which many see as the heart of the problem.

Besides, say many at Dartmouth, the chances that the school will actually change its approach to fraternities seems slim. Kim, whose three-story mansion sits on Fraternity Row, is a strong supporter of the Greek system; he has suggested on several occasions that fraternity membership may have health benefits, citing studies that show that people with long-standing friendships suffer fewer heart attacks. In a strange abdication of authority, Kim even professes to have little influence over the fraternities. “I barely have any power,” he told The Dartmouth in a recent interview. “I’m a convener.”

In reality, Kim is one of the only officials in a position to regulate the fraternities. More than half of Dartmouth’s frats are “local” – houses that split off from their national organizations years ago, and are thus unaccountable to any standards other than those set by the college and their boards.

This autonomy, coupled with large endowments – SAE, which retains its ties to the national body, has, by one estimate, more than $1 million in a trust – makes the fraternities a potent power base. Kim’s predecessor, James Wright, was appointed Dartmouth’s 16th president in 1998 and embarked on a plan to end the Greek system “as we know it” by requiring fraternities to substantially go coed. In response, 1,000 irate students marched on Wright’s house and held protest rallies in which they accused the once-popular president, himself a Dartmouth alum, of treason. “Judas, Brutus, Arnold, Wright,” read a banner that hung from the window of one fraternity house. Wright declined to elaborate on the conflict, other than to tell me there was “push back” from both alumni and fraternities over his proposal; by July 1999, he had backed off. Instead, he implemented an infinitely softer set of reforms. “It was a whitewash,” says Professor Ivy Schweitzer.

Kim – who was recently nominated by the Obama administration to head the World Bank – was initially seen as a potential challenge to the status quo. But instead, he’s proven to be just the opposite. Not long after he took office, Kim met with Dartmouth alums and reassured them he had no intention of overhauling the fraternities. “One of the things you learn as an anthropologist,” he said, “you don’t come in and change the culture.”

Be sure to read the comments; they’re illuminating.