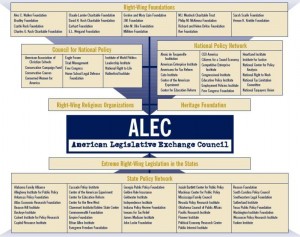 Every single time you turn on the TV or radio, it’s just another damned communist hippie.

Romney was making an appearance on Breitbart TV and was asked by host Larry O’Connor whether he was ready to take on “the media and these nonprofits groups that are working together.”

“There will be an effort by the quote vast left wing conspiracy to work together to put out their message and to attack me,” Romney said in response. “They’re going to do everything they can to divert from the message people care about, which is a growing economy that creates more jobs and rising incomes. That’s what people care about.”

Romney’s choice of words echoes Clinton’s assertion in 1998 that a “vast right wing conspiracy” was behind the sexual harassment charges her husband, former President Bill Clinton, was facing at the time.

“I mean, look at the very people who are involved in this – they have popped up in other settings,” Clinton, now the U.S. secretary of state, said on NBC’s “Today” in 1998. “This is – the great story here for anybody willing to find it and write about it and explain it is this vast right-wing conspiracy that has been conspiring against my husband since the day he announced for president.”

Romney said dealing with journalists, many of whom he said were biased, was a perpetual problem for Republicans.

“Many in the media are inclined to do the president’s bidding and I know that’s an uphill battle we fight with the media generally,” Romney said, before praising O’Connor for offering a conservative voice.

2 thoughts on “Mittens is on to us”