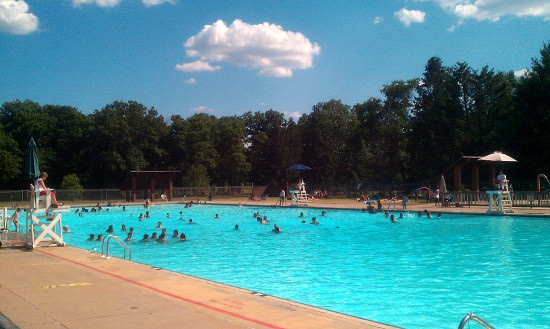 My friend and I went to the state park today and swam in our ginormous pool. It was enormously refreshing.