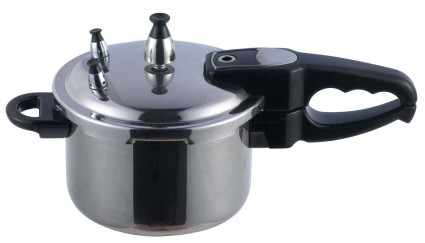 UPDATE: Local police say the Catalanos were reported by an employer. See something, say something — even if you’re just a possibly-paranoid job creator, I guess!

I’m surprised no one showed up here. I’ve researched both these things in the past few months:

In March Google reported that the FBI monitors the Web for potential terrorist activity, although the FBI told Adrien Chen of Gawker that the “FBI had no part in this law enforcement action.”

Catalano said she had researched pressure cookers and her husband was looking for a backpack, a combination of terms that raises flags in the wake of bombings at the Boston Marathon on April 15 that killed three people and injured more than 260.

“But if you’re not doing anything wrong, what’s the big deal?”

3 thoughts on “They hate us for our freedom”