What power do we have in preventing the next white nationalist #terrorist attack? I draw from our brain scan studies of #jihadist supporters to give some insights in this @nytopinion vid. It means changing the way we talk in the aftermath of an attack. 1/https://t.co/tnBcHZdpsm

It appears the person of interest was a Qnut who believed the 5G network was going to be used to spy on Americans — when it was just something else the telecom industry is going to use to bleed us financially dry:

The FBI has identified a person of interest in connection with Nashville's Christmas Day explosion and are searching a home associated with that person (via AP) https://t.co/2OmyAWex7L

Anthony Quinn Warner 63, named person of interest! Shout out to @Ryan_inNC on find! This is dudes living spot.. and you can see from Older online pics…. THE RV Outside his Duplex! #Nashville pic.twitter.com/8JIMafKdx5

This is the kind of story that won’t get much attention because the attack was foiled, but it shows that the counterterrorism fight is ongoing, and those waging it have (thankfully) gotten very good at their jobs. Imagine if this plot had succeeded. https://t.co/lNFkoNJfDg

I’m probably wrong, but I suspect even some of his fans here wouldn’t like this. Wishful thinking!

Portland is how it starts. pic.twitter.com/RgWWRujfqy

"Special Operators firing upon unarmed civilians, using human intelligence from sources widely considered untrustworthy… instructing their Somali counterparts to collect weapons …placing them beside the bodies of those killed prior to photographing" https://t.co/3scQefTfoi 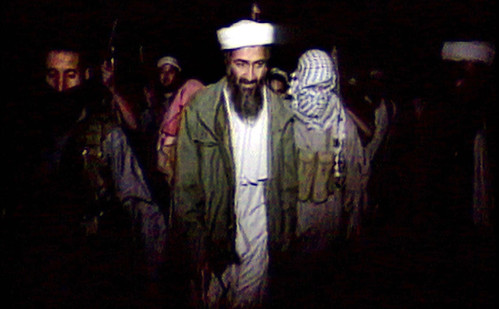 I’m sure the Trump administration wouldn’t dream of ginning up evidence of a connection between Iran and Al Qaeda — would they?

The trove also provides new insight into the often adversarial relationship between al Qaeda and Iran — the Sunni Muslim terror group and the Shiite republic — in the form of a 19-page report described by the Long War Journal as “a senior jihadist’s assessment of the group’s relationship with Iran.”

Two U.S. intelligence officials characterized the document to NBC News as “evidence of Iran’s support of al Qaeda’s war with the United States.”

According to the officials, the document traces the history of the relationship starting with the escape of a group of Al Qaeda officials and their families from Afghanistan following the U.S. invasion in September 2001. Bin Laden dispatched the group of Al Qaeda leaders, known as the Al Qaeda Management Council, to Iran.

At various points in the relationship, the document reveals, Iran offered Al Qaeda help, in the form of “money, arms” and “training in Hezbollah camps in Lebanon, in exchange for striking American interests in Saudi Arabia and the Gulf.”

But at other points in the relationship, according to the document, there were angry rifts, leading to forced detention of key Al Qaeda officials.

The files confirm previous reports that Bin Laden wrote Iran’s Ayatollah Khamenei demanding the release of family members held in Iranian custody. Bin Laden himself considered plans to counter Iran’s influence throughout the Middle East, which he viewed as pernicious, according to the Long War Journal, an account confirmed by the U.S. officials.