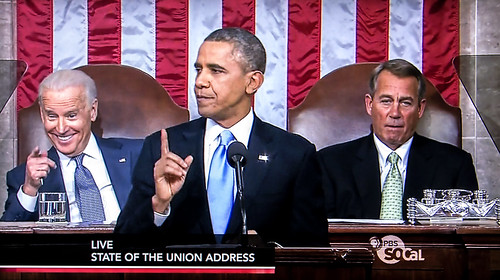 Of what Obama said about education in his SOTU speech, and his comparing our results to South Korea’s:

No matter that according to OECD data, South Korean kids are the unhappiest in the world, and according to many studies, have high suicide rates.  US parents should be just as demanding more of their kids, even if their happiness and mental health be damned.

I’ve written before about Duncan’s misplaced envy of the South Korea, where 20% of the average family’s disposable income is spent on private tutoring, and even the Prime Minster has warned us against emulating their educational system. Many Korean families in fact move to the United States in order to  save their children from the horrible pressures of their system.  But now Duncan and the President appear to have taken this fixation even further.

Graciously, Obama started his State of the Union praising teachers: “today in America, a teacher spent extra time with a student who needed it and did her part to lift America’s graduation rate to its highest levels in more than three decades.”  But then he went on to say:

“Race to the Top, with the help of governors from both parties, has helped states raise expectations and performance. Teachers and principals in schools from Tennessee to Washington, D.C., are making big strides in preparing students with the skills for the new economy — problem solving, critical thinking, science, technology, engineering, math.  Now, some of this change is hard. It requires everything from more challenging curriculums and more demanding parents to better support for teachers and new ways to measure how well our kids think…”

Good he and Arne have changed their line – at least temporarily – by saying that teachers need more support.  But now they are accusing parents of not having high enough expectations.  Can’t we get over this blame game?  Or am I being too sensitive?