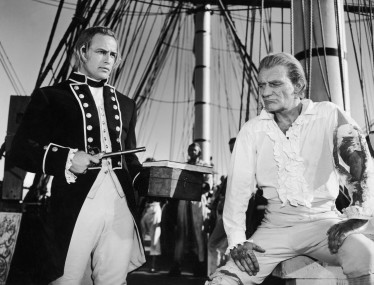 There’s no doubt that Brent Bozell is the craziest of the right-wing crazies. But the key phrase is “digital ads.” What this means is, Brent Bozell will spend a relatively modest amount on internet ads, and it will be returned ten-fold in contributions from the rabid right, perpetuating his own financial comfort. He will never, ever, ever mount a serious challenge to any of those people. I’ll believe it when I see it:

There’s no shortage of conservative groups that take aim at Republicans, be it to drag incumbents further to the right or out of office entirely. But now one group is targeting the biggest fish they can fry.

ForAmerica announced Tuesday that it’s pouring six-figures into its “Dump The Leadership” campaign.

It probably won’t come as a surprise that the man behind the group is none other than L. Brent Bozell III, the right-wing flamethrower who’s proven himself plenty willing to take on the GOP establishment.

After Paul Ryan hashed out a bipartisan budget deal late last year, Bozell predicted that the conservative base would “stampede away from a party that has lost its principles and bearings.”

“Time and again, year after year, the Republican leadership in the House and Senate has come to grassroots conservatives, and Tea Party supporters pleading for our money, our volunteers, our time, our energy and our votes,” Bozell told CNN in a statement.

One thought on “Mutiny on the Bounty”