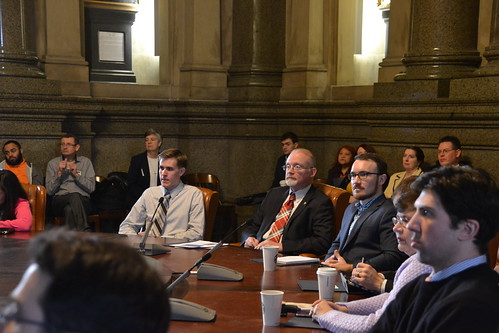 They’re like zombies. They never die, and they never give up:

The rightwing group Alec is preparing to launch a new nationwide network that will seek to replicate its current influence within state legislatures in city councils and municipalities.

The American Legislative Exchange Council, founded in 1973, has become one of the most pervasive advocacy operations in the nation. It brings elected officials together with representatives of major corporations, giving those companies a direct channel into legislation in the form of Alec “model bills”.

Critics have decried the network as a “corporate bill mill” that has spread uniformly-drafted rightwing legislation from state to state. Alec has been seminal, for instance, in the replication of Florida’s controversial “stand-your-ground” gun law in more than 20 states.

Now the council is looking to take its blueprint for influence over statewide lawmaking and drill it down to the local level. It has already quietly set up, and is making plans for the public launch of, an offshoot called the American City County Exchange (ACCE) that will target policymakers from “villages, towns, cities and counties”.

The new organisation will offer corporate America a direct conduit into the policy making process of city councils and municipalities. Lobbyists acting on behalf of major businesses will be able to propose resolutions and argue for new profit-enhancing legislation in front of elected city officials, who will then return to their council chambers and seek to implement the proposals.

In its early publicity material, Alec says the new network will be “America’s only free market forum for village, town, city and county policymakers”. Jon Russell, ACCE’s director, declined to comment on the initiative.

Alec spokesman Wilhelm Meierling also declined to say how many corporate and city council members ACCE has attracted so far, or to say when the new initiative would be formally unveiled. But he confirmed that its structure would mirror that of Alec’s work in state legislatures by bringing together city, county and municipal elected officials with corporate lobbyists.“As a group that focuses on limited government, free markets and federalism, we believe our message rings true at the municipal level just as it does in state legislatures,” he said.

One thought on “ALEC is coming to a town near you”