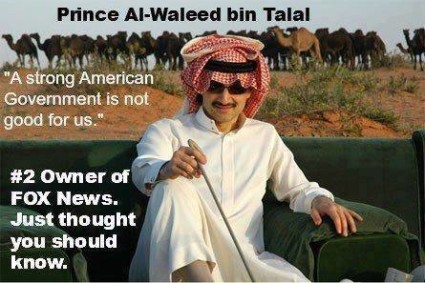 This is the end of an era. Bartcop, one of the original liberal bloggers, died this morning of flu, pneumonia and leukemia. He inspired many of us, and left a legacy of hard hitting yet humorous attacks on Republicans. I’m still stunned by the news, but the one thing that sticks out is, he was the first (and maybe the best) blogger for running Photoshop memes.

God, I loved him.

Since you’re reading this, I’m either gone or I’m too sick to get to my computer.
I’d like to thank everyone for reading, especially the pillars who allowed me to quit working at that little car lot and turn my rage on the illegal Bush thugs full time.

But I have a favor to ask and it’s a big one. I left Mrs Bart with a mortgage that she can’t handle by herself.

When the doctors told me I wasn’t going to reach old age, my first thoughts were worry about Mrs Bart and how she was going to make it without me and my income.

You know me, I’m a gambler to the end, so when Bartcop Manor flooded in 2004, I/we gambled that I’d live long enough to get the house paid off, or at least paid down to where she could see the end of the payments. Since you’re reading this, it means I lost that gamble.

So I’m asking you this hueueuege favor – would you keep your subscription going?

I know it’s a lot to ask, but the thought of her having to sell Casa de Bart for a loss and move into some smaller place is something too sad to think about.

If you’re thinking it makes no sense to keep the subscription going, what if you kept it going long enough to read thru the back pages one more time?

I hope your last memory of me isn’t one of “greedy bastard,” but I’ve got this problem (or used to have 🙂 that I don’t know how to fix.

So if you can help her out, I’d appreciate it.

Thanks for the life you gave me,
bart

You can contribute here.

Here’s the history of the site, written by Marc Perkel:

It was about 18 years ago in 1996 when one day someone forwarded an email from an email publication that Terry was writing called “Rush Limbaugh Lying Nazi Whore – Issue #45.

It was so funny I was rolling on the floor trying to breathe. It was during the 1996 presidential election and poor Bob Dole was trying to eak out a win over the Big Dog. This part was the part that put me on the floor.

Someone, maybe a kid serving the food, asked Dole if he wanted mustard on his Hot Dog.

Bob Dole said: “Well, I feel that’s it’s my view that mustard is certainly one of the options we’re looking at. We’re looking at a number of options, actually. There’s lot of condiments… ketchup, for instance. Some like it, some don’t….

That’s not up to the federal government to decide. Those decisions are best made locally …the states. Some people talk about relish, relish… is…

Cheese! Lot of cheese lovers in America….. Perhaps we’ll go with mustard, but we haven’t made a final determination on that, haven’t decided… It might come down to a situation where we have some ketchup and some mustard…we’ll know soon…”

“Bob Dole has always supported mustard on Hot Dogs. Bob Dole has been, and continues to be pro-mustard. Mustard has a friend in Bob Dole.”

I had just put up a web server and was looking for interesting things to publish. So I tracked down the author and called him on the phone. He was somewhat surprised that I found him but I explained that I wanted to take his collection and make web pages out of it. He didn’t even know what a web page was at first but he agreed. For the first few years he would just email his list and I would add the page every time I got one of his emails. Eventually he learned just enough to barely put together a web page and started doing it himself.

Bart was one of the first and most successful liberal bloggers. Back then Bart and I were big fish in a small pond. We inspired many other liberal web sites that became far more successful and influential. We became small fish in a big pond. But Bart stayed with it for 18 years swinging the Hammer of Truth. People who were born the year Bart started are now old enough to vote. He created a community and lots of people know each other through him. I believe he changed history in significant ways that will some day be discovered by supercomputers in the future. But for now we will all miss him.

One thought on “Last word from Bartcop”