Dirty fucking hippies have been saying this for two decades now:

Longtime Capitol Hill reporter quits after Jan. 6, "doubtful that traditional, objective-style journalism is up to the job of covering today’s politics and government." https://t.co/9lOW8Enehv It normalizes and sanitizes, he believes, and "can often obscure the reality."

C&L's 17-Year Fundraiser: We Need Your Help More Than Ever | @crooksandliars https://t.co/O4BqKsuqxc

There are systemic problems facing progressive web sites and blogs, and if you don’t support them now, they could be gone before you know it. I don’t know one progressive site that isn’t struggling right now. If you can pay for all those streaming services you barely use, you can afford $5 a month to Crooks and Liars.

Progressive blogs used to support themselves with advertising, until Google upended and monopolized the ad business. (Guess who gets all the money now?) Then Facebook started featuring extremist sites like the Daily Wire in their newsfeeds, and pushed sites like C&L to the bottom — where no one can find us.

Why are we valuable? Because sites like ours carry 20 years of institutional knowledge about the extremist right wing — and mainstream media doesn’t. We know the players, we can predict the strategies. If you want to untangle the news, we’re your guys.

That’s why we succeeded in the first place. But now, in a time of misleading social media, many readers don’t even know what a blog is, or why anyone should support them. SO YOU DON’T SWALLOW BULLSHIT, basically. So you get fact-based analysis.

Which has got to be worth at least as much as old reruns of Frasier. Right? 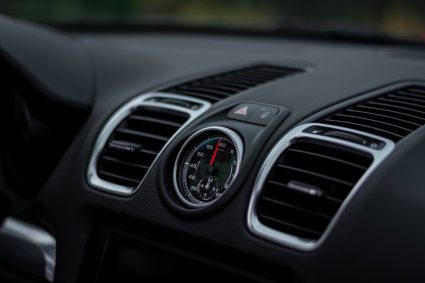 Thanks to everyone who donated for this unusual problem! I’m very grateful for your help.

Hello, this is Lance/David's son, Oliver/Jack. It's my sad duty to report that my father passed very suddenly in his sleep. We are making arrangements. The cause of death has not been discovered yet.

I knew he’d been under a lot of stress and his health was suffering. He’s survived by his wife Adrienne and his two sons. He was one of our very best.

This is very, very sad.

If there's a blogger Hall of Fame, my friend @LanceMannion would be a first ballot inductee. He was the Lou Gehrig of blogging, the Iron Horse, a voice that was always there until today. I'm so sad at his sudden loss. A generous and brilliant man, who shared his soul with us.💔

I know they were struggling. If you want, you can make a donation to his family here.

And it’s about damned time. I can’t tell you what their ad monopolies have done to strangle online sites:

The Justice Department has filed an antitrust lawsuit against Google for allegedly abusing its power and dominance over smaller rivals.

It is the most significant action the federal government has taken against a tech company in two decades.https://t.co/WZvAfxjQ0u

WaPo: How does Google’s monopoly hurt you? Try these searches. https://t.co/w1G1BoQKau

This DOJ case mirrors the one that the Russians did in 2014, and Russia is the only country in the world that has actually broken Google's monopoly and has a competitive search market. https://t.co/tc2XcygVQM

And all hell broke loose. Apparently I am a wealthy, privileged, and powerful public intellectual (hah!) who is plotting against BLM and trans people — pretty much proving the point of the letter. (Guilt by association!)

In case you’re interested, the specific reason I signed is a clause that’s included in most book contracts now that allows a publisher to cancel a book contract in cases of public condemnation — i.e. Twitter mobs. Not actual crimes, but social media. Sigh:

An open letter published by Harper’s Magazine, signed by luminaries including Margaret Atwood and Wynton Marsalis, warned of an "intolerant climate" in the culture. The debate started immediately. https://t.co/iTs62iWxJ3

My hours at the other blog were cut recently and now another part-time deal, one I’ve had for ten years, was just canceled. Whew.

I am working like hell to get my new business up and running, but it’s slower than expected. Making progress, but now I have no room to breathe.

If you can afford to make a one-time or a monthly donation until I hit my stride, it would be a huge help. (Click here.) The minute I start making money, I will cancel your contribution. Thanks!

I’m on email lists with activists, journalists and other “elites” (as Republicans would call them). Mostly, they are very nice, smart people. But after all these years, their limited and persistent world view still surprises me, and I find myself going back to the old-time blogs to cleanse the mental palate. Because what bloggers have been doing for 15+ years is pointing out the failings of the media regarding the issues of the day, and the media are still more concerned about their own feelings than anything else. They hate self-criticism.

I’m not saying that to be mean; I’m frustrated, and trying to describe the problem.

For instance: The fact that the New York Times has neither retracted nor apologized for the egregious coverage of Hillary Clinton, But Her Emails, Clinton Cash, and the Comey investigation, and their last-minute absolving of Trump’s Russia connection, shows me they are, like any other information, to be taken with salt.  A lot of salt! To the media people, the Times is — I wouldn’t say above reproach, exactly, but they are reluctant to acknowledge the ongoing systemic problems and bad incentives.

More than 10 years ago, I was part of a group of bloggers and journalists who worked to put on a conference at Penn meant to prepare journalists for the new online world. I was taken aback once I learned just how large the grudge journalists held against us, and how they were not listening to the useful advice we gave. What they resent the most on some primal level (this is my theory, anyway) is that bloggers are in the habit of saying what we really think, and most of them can’t. Not if they want to keep their jobs. They have to color within the lines.

Also, our instincts have been right a lot more often than theirs. Which of course makes them even more resentful (if they think about the dirty fucking hippies at all these days).

We were right, but so was Cassandra, and no one ever believed her. And what’s their beef? I don’t see many journalists begging readers for money to fix their cars. This was a fascinating look at Cambridge Analytica via former employee Christopher Wylie, who spoke at length with CNN’s Don Lemon last night. (Watch the full interview here.) He said very soon after he left, Alexander Nix was planning to meet with Corey Lewandowski, “before Trump announced he’s running and when they were still working for… END_OF_DOCUMENT_TOKEN_TO_BE_REPLACED