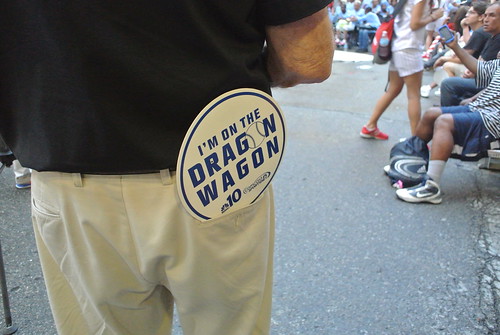 If we had to lose to any other team, I’m glad it’s Jackie Robinson West. And here’s hoping the other city team kicks Vegas butt, now that I know their wingnut coach told them they were playing “for American freedoms.”

It was a great game, and Taney almost pulled it out. But they didn’t. (Sports Illustrated jinx?) And I don’t even mind, because they’ve put the joy back in baseball that I haven’t felt since the Phillies won in 2008.

And of course there’ll be a parade.