Yeah, the Phillies broke my heart this season. (Again.) But damn, what a pleasure watching Bryce Harper play his heart out:

PHILADELPHIA, PA — After one of the greatest single offensive seasons in Philadelphia Phillies history, slugger Bryce Harper has been named the 2021 Most Valuable Player in the National League.

Harper, 28, beat out a pair of superstar youngsters for the award: 23-year-old Juan Soto of the Washington Nationals and 22-year-old Fernando Tatis Jr. of the San Diego Padres. It’s Harper’s second career MVP award after taking home the trophy in 2015.

In the moments before the winner was announced on MLB Network, Harper credited both his team and Philadelphia fans for keeping him strong and healthy throughout the year.

“I wanted to play every single day for my city, Philadelphia, my fanbase, my teammates,” he said.

Times were great when the toddler was leading the Phillies World Series celebration on Halloween in 2008. 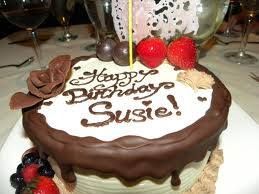 It will be my birthday, and the Phillies are either done for the season, or hanging by an improbable thread. They are such a schizophrenic team — in the past two weeks, I’ve seen them play incredible baseball, come back from 6-run deficits in the 9th inning, and basically dominate the other team.

I don’t know where that team went. And even if they won last night (UPDATE: They lost), all it will do is postpone the inevitable. Oh well.

One of the classic signs of a bad team is when one person tries to drag the team on his back, and the person who did that this year is one Bryce Harper. He is a joy to watch (at least most of the time) and in the past six weeks or so, almost superhuman at times.

The story of my birthday is that every year, my mother would bring out the cake, my family would sing a rushed “Happy Birthday” to me, I’d blow out the candles, and my father and brothers would load up their plates with cake and ice cream before rushing to the living room to watch the Phillies play the last game of the season.

It was easier then. There was no chance of post-season play (except for 1964, but we don’t like to talk about that). And now, because for a short time, the Phillies made us see the vision again for at least a week, the last day of the regular season will be a little more poignant than usual.

Carl Nassib, who in the off-season became the first active NFL player to come out as gay, has made the final roster for the Las Vegas Raiders — making him likely to become the first openly gay athlete to play in a regular season game. https://t.co/2NV0Wgob0Q

Sounds like all those Republican owners have had enough of losing money:

The NFL just informed clubs that if a game cannot be rescheduled during the 18-week season in 2021 due to a COVID outbreak among unvaccinated players, the team with the outbreak will FORFEIT and be credited with a loss for playoff seeding, per sources.

RIP Tommy Lasorda. Legendary baseball character, Norristown native. Had some great battle with the Phillies – and the Phanatic – back in the day. pic.twitter.com/pZP2vgIfAO

One of the greatest to throw a baseball, RIP – Hall of Fame pitcher Tom Seaver dies of COVID-19, dementia, at 75 https://t.co/ugkgVZN1sB

Fauci to throw out first pitch at Nats game on Thursday. https://t.co/J547009FIS

Mary Pratt, Rockford Peaches pitcher of ‘A League of Their Own’ fame, dies at 101 https://t.co/hQe4pz4rVg via @YahooSports

Maybe the NBA should pay for their own farm teams?