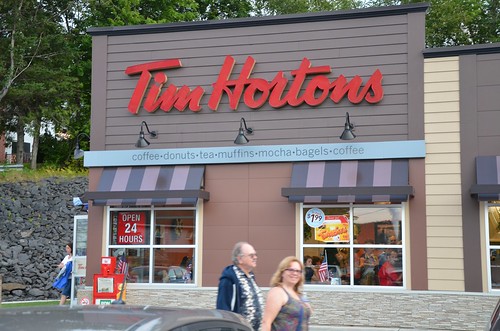 And apparently, they’re not even moving their headquarters to avoid taxes, as first thought. It’s to appease Canadian regulators:

Updated, 8:45 a.m. | Burger King Worldwide agreed on Tuesday to buy the Canadian restaurant chain Tim Hortons for about $11.4 billion, creating one of the biggest fast-food operations in the world – with a little help from Warren E. Buffett.

As part of the transaction, however, the American burger giant will move its home to Canada, where the combined company’s biggest market will be.

Under the terms of the deal, Burger King will pay 65.50 Canadian dollars in cash and 0.8025 of one of its shares for each Tim Hortons share. That amounts to about 94.05 dollars a share, or $85.78 a share, based on Burger King’s closing price on Monday.

The combined company will have 18,000 restaurants in 100 countries, and $23 billion in annual revenue.

But while Burger King will relocate north of the border, raising concerns about yet another company moving abroad to reduce its tax bill, the switch in corporate nationality appears more aimed at appeasing Canadian regulators wary of a foreign company buying a national icon like Tim Hortons. In fact, Burger King is expected to save only a little, if any, on taxes through the so-called corporate inversion.