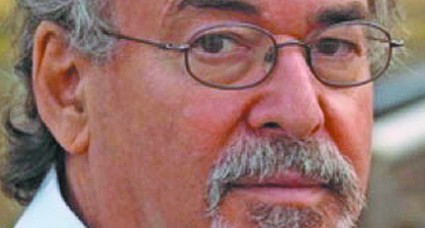 Really, he’s an embarrassment. I used to think he was at least well-meaning, but I don’t believe it anymore:

In an article for National Review Online, anti-Muslim activist David Horowitz described the benefits to conservatives of the recent beheadings carried out by the Islamic State terrorist group (ISIS). The October 9 article is headlined “Thank You, ISIS” and bears the subhead, “The beheadings have achieved what all the warnings from conservatives never could”:

“Beheadings of innocent human beings are unspeakable acts reflecting the barbaric savagery of the Islamic ‘holy war’ against the West — against us. Yet despite the intentions of their perpetrators, they have had an unexpected utility. Their gruesome images have entered the living rooms and consciousness of ordinary Americans and waked them up. For more than a decade, a handful of conservatives, of whom I was one, tried to sound the alarm about the Islamist threat. For our efforts, we were ridiculed, smeared as bigots, and marginalized as Islamophobes. And then came ISIS. The horrific images of the beheadings, the reports of mass slaughters, and the threats to the American homeland have accomplished what our small contingent of beleaguered conservatives could never have achieved by ourselves. They brought images of these Islamic fanatics and savages into the living rooms of the American public, and suddenly the acceptable language for describing the enemy began to change. ‘Savages’ and ‘barbarians’ began to roll off the tongues of evening-news anchors and commentators who never would have dreamed of crossing that line before, for fear of offending the politically correct.”

Horowitz is a former member of the New Left who, since his political conversion, has made a career out of alleging liberal bias on college campuses and accusing anyone who is not overtly Islamophobic of being in league with terrorists. The Southern Poverty Law Center described Horowitz as “the godfather of the modern anti-Muslim movement.” The website of Horowitz’s organization, the David Horowitz Freedom Center, says it “combats the efforts of the radical left and its Islamist allies to destroy American values and disarm this country as it attempts to defend itself in a time of terror.”

2 thoughts on “David Horowitz is a pathetic old man”