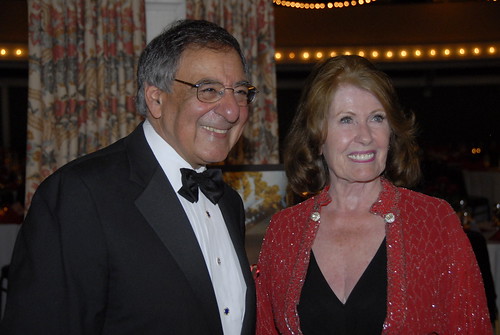 The substance of Panetta’s foreign-policy critique is arguably half-baked, for reasons outlined by Peter Beinart, Kevin Drum, and Daniel Larison. Panetta’s reflexively hawkish assumptions strike me as unsupported and reckless. But if the man believes that President Obama is making poor decisions on matters as grave as war—and that his experience and expertise could inform a superior policy—he has a civic responsibility, in a representative democracy with co-equal branches, to speak up with what he regards to be the truth while his words still matter. One needn’t presume that Washington memoirs are written with motives so lofty to see them as salutary so long as they are earnest, cogent, and timely.

The notion that America benefits when public figures participate honestly in public discourse is core to political journalism. The enterprise makes no sense without it.

For that reason, it is strange to see prominent journalists, notably Dana Milbank of The Washington Post, react to ostensibly forthright critiques of Obama’s policies by expressing shock at the disloyalty of former administration officials, as if the highest loyalty they owe is to the president rather than their countrymen or the truth. Perhaps it is to be expected that the ruling elite would extol a self-serving variation on omertà. To see members of the press police that code is confounding. The matter at hand is the wisdom of U.S. policy in both Iraq and Syria. Milbank’s curious focus: “Leon Panetta, other former Obama subordinates show stunning disloyalty.” He goes on to write that “the lack of message discipline is puzzling, because Obama rewards and promotes loyalists. But he’s a cerebral leader, and he may lack the personal attachments that make aides want to charge the hill for him.”

Why would a journalist lament a dearth of “message discipline,” a euphemism for willful lying? And ponder the “charge the hill” metaphor. It implies an enemy shooting at the man charging up. In this case, the “enemy” would seem to be those who criticize Obama’s foreign policy, whether other politicians or journalists. Would it make sense for Panetta to regard as enemies those whose critique he shares? Beneath the inapt metaphors, Milbank’s position is exactly as incoherent and indefensible as one might expect from a reflexive embrace of insider norms.

One thought on “Beltway bobbleheads clutch their pearls”