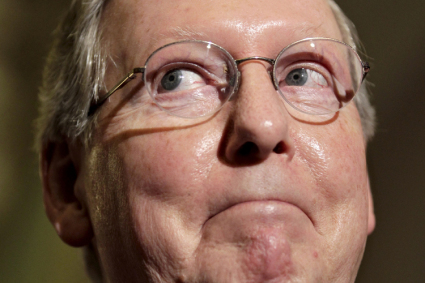 The Democratic Senatorial Campaign Committee on Wednesday said it has asked stations in Kentucky to set aside $650,000 in ad time to help Grimes. A committee official shared the plan with The Associated Press on the condition of anonymity because he was not authorized to discuss media strategy.

The move follows the committee’s decision last week to stop spending money on ads in the race. The official says that new internal polling shows that undecided voters are breaking Grimes’ way.

3 thoughts on “Mitch is going down”