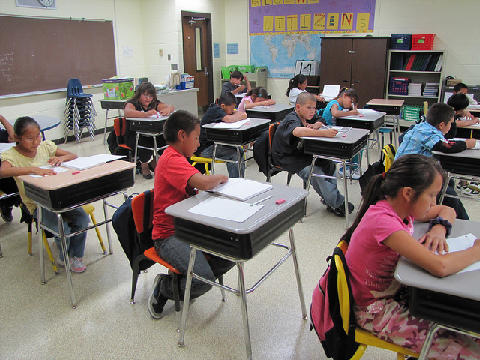 One of my close friends is an American Indian, and she’s always telling me how naive I am about how prevalent anti-Indian bigotry is. Guess she’s right, this really shocks me:

RAPID CITY— “Some 57 charges of child abuse and assault reportedly will be filed against the drunken hockey fans who subjected 57 American Indian students to racially-charged taunts the included spraying the students with beer and lacing them with racial slurs, according to unnamed sources.

This news comes on the heels of a meeting held this afternoon, Wednesday, January 28, 2015, in Rapid City, South Dakota with a group of parents of the students, school officials, Oglala Sioux Tribal officials, law enforcement, the general manager of the Rushmore Plaza Civic Center and city officials from Rapid City.

A busload of parents took the one hour and half bus ride and arrived to meet with the Rapid City officials to discuss the incident and to seek justice for their children. Some are calling on the U.S. Attorney’s Office to bring hate crime charges against the perpetrators.”