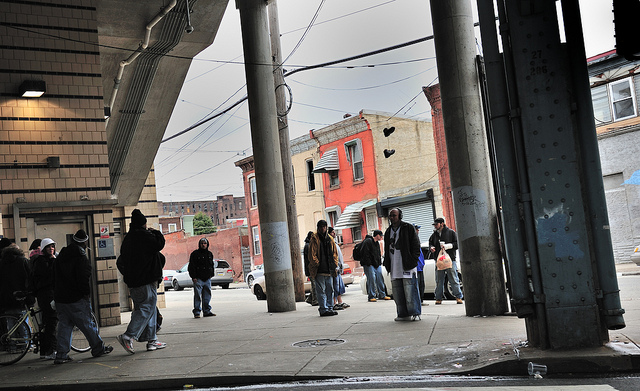 I’ve heard the intersection of Kensington and Somerset described as “the largest open-air drug market in America.” (Yay, we’re number one!) Junkies from all over the country move here because heroin is so cheap, and then they panhandle to stay alive.

I hate drugs. I hate what they’ve done to the city, and to the people.

If everyone lived where where they could see the human remains left behind, they’d feel the same. When I see the expensive cars from the suburbs and New Jersey that come into the neighborhood to buy drugs, I want to throw a brick through their windshield.

Here’s a story about the mothers of the heroin addicts.

One thought on “I hate drugs”