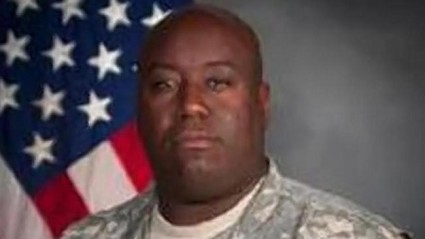 Now, that’s how to apply your skill set!

He was supposed to prevent sexual assaults in the Army.

Instead, he pimped out cash-strapped soldiers at Fort Hood to make some extra money — all to his wife’s knowledge, according to a report.

Gregory McQueen, a former sexual assault prevention officer, made headlines when he was arrested for persuading at least two women to join his Texas prostitution ring two years ago.

The 39-year-old’s sexploits are now out in the open. He pleaded guilty Thursday to 15 charges, including for recruiting prostitutes.

Not only did McQueen bring the poor women into his filthy clutches — making at least one prove her skills in the boudoir by having sex with him — but he also sold their services at kinky sex parties he organized for higher-ranking officers, according to documents obtained by The Daily Beast. He also kept naked pictures of his prostitutes to show off to potential clients.

McQueen, a recreational gospel band saxophonist, was financially strapped, according to a report by the U.S. Army’s Criminal Investigation Command.

His wife, Sherita, whom he affectionately called, “Rita Rita Pumpkin Eater,” nagged him about bills. McQueen briefly — for about a week — tried working as a suit salesman at the local Killeen mall to pick up extra cash.

His wife must have known about his pimp side job, based off of texts he sent her about “clients,” according to the report. He also sent a picture of a female soldier from the Bronx, calling her a “Hood Chick.”