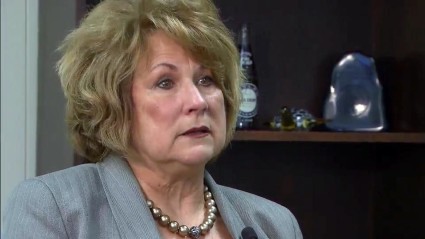 Rep. Pat McElraft cares so much about the wee babies.

And also want to prevent anyone who isn’t a board-certified OB-GYN from doing abortions. Because they care so very, very much about the medical qualifications of whoever is performing the still-perfectly-legal procedure. You know, Wisconsin gets a lot of press, but North Carolina is the Koch Brothers’ favorite wingnut incubator:

RALEIGH, N.C. — Doctors working for the medical schools at the University of North Carolina at Chapel Hill or East Carolina University would be prohibited from performing elective abortions under a bill filed Wednesday.

“We do not want state funds being used for abortions,” Rep. Pat McElraft, R-Carteret, saidWednesday. “Our constituents have made that loud and clear from all over the state of North Carolina.”

McElraft is one of a quartet of Republican women who filed the measure. She is joined by Reps. Jacqueline Schaffer, R-Mecklenbrug, Rena Turner, R-Iredell, and Susan Martin, R-Wilson.

McElraft said there is data to show that the 24-hour waiting period had led to fewer abortions. Making that wait three days, she said, could lead to even fewer abortions.

“There’s no effort here to try to restrict a woman’s right to have an abortion,” she said. “What we’re trying to do is make her care competent.”

Although McElraft pitched the bill as a measure that would help protect women as well as curb the use of taxpayer money, the topic of abortion is always a volatile one. An abortion measure passed in 2013 sparked protests at the Legislative Building and garnered national attention.

The bill would “prohibit two of the finest medical schools in the the country from providing doctors with the training necessary to provide safe abortion care,” said Melissa Reed, a vice president for public policy for Planned Parenthood, a women’s health care nonprofit known for its advocacy for abortion rights.

Reed said a third provision of the bill, requiring that any physician performing an abortion be ob-gyn, rather than just any doctor, ignores current practice and creates more of a barrier than is necessary.

“The politicians supporting this bill completely disregard the complex decisions women and their families face every day,” she said. “It is shameful that North Carolina legislators continue to sacrifice women’s health in their ideological attempts to take this state backwards.”

The House measure is the second abortion measure filed at the General Assembly this year. Senate Bill 604 would place more requirements on clinics where abortions are performed.