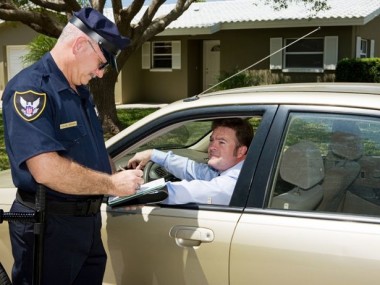 I don’t even know what to say. No wonder the rich keep getting richer:

Minutes after a court sentenced Adel Edwards to pay a $500 fine for burning leaves in his yard without a permit, the private probation company tasked with supervising his monthly payments told him he actually owed more than $1,000 and demanded $250 up front. Because Edwards couldn’t pay the full amount on the spot, the company had him thrown in jail for several days until a friend came up with the money, according to a new federal lawsuit.

The suit, filed by the Southern Center for Human Rights, charges that Red Hills Community Probation conspired with local police in two small Georgia towns to jail poor people without any court approval or legal authority, effectively holding them for ransom.

The plaintiffs, who live in Bainbridge and Pelham, GA, were ordered by the court to pay exorbitant fees for misdemeanor offenses. Edwards pleaded guilty to burning leaves, while others were told they needed to pay hundreds of dollars for speeding, failing to come to a complete stop at a stop sign, and driving with a suspended registration.

At this point, these stories are reminiscent of reports coming out of Ferguson and the surrounding area, where municipalities exploit a murky labyrinth of court fees and traffic tickets to make money off poor defendants. But private probation companies like Red Hills, which are used by more than 1,000 court systems in ten states, further feed on these moneymaking schemes by tacking on their own share of fees. In Pelham and Bainbridge, the suit alleges, the probation firm went even further, committing false imprisonment and fraud, among other charges.

Like Edwards, the other plaintiffs met with Red Hills probation officers, who told each of them they could not leave the courthouse until they paid a certain amount of money that same day. Even though they weren’t legally required to pay the company the same day as their sentencing, the lawsuit states that police officers were stationed at the doors to keep them from leaving. One woman says she was detained in the courthouse while her fiance pawned her engagement ring to come up with the funds the company demanded.

One thought on “Just plain evil”