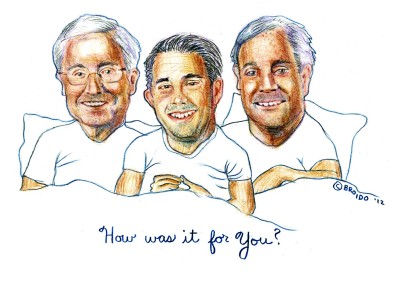 Charles G. and David H. Koch, the influential and big-spending conservative donors, have a favorite in the race for the Republican nomination: Gov. Scott Walker of Wisconsin.

On Monday, at a fund-raising event in Manhattan for the New York State Republican Party, David Koch told donors that he and his brother, who oversee one of the biggest private political organizations in the country, believed that Mr. Walker was the Republican Party’s best hope for recapturing the White House.

“We will support whoever the candidate is,” said Mr. Koch, according to two people who attended the event. “But it should be Scott Walker.”

The remark — made before dozens of top New York donors who had gathered to hear Mr. Walker speak at the Union League Club — could effectively end one of the most closely watched contests in the “invisible primary,” a period where candidates crisscross the country seeking not the support of voters but the blessing of their party’s biggest donors and fund-raisers.