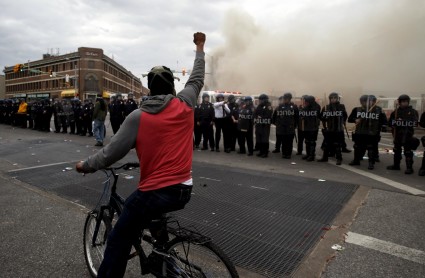 Funny how that works:

President Obama told reporters at a White House news conference on Tuesday that the media ignored peaceful protests in the city until violence erupted, and gave his views on the broader problems facing American cities.

“Frankly it didn’t get that much attention,” Obama said of the peaceful movement sparked by the death of black man Freddie Gray, who died in police custody. “One burning building will be looped on television over and over and over again. The thousands of demonstrators who did it the right way, I think, have been lost in the discussion.”

The President added that unrest in cities like Baltimore will not go away until solutions are found beyond law enforcement.

“This is not new, and we shouldn’t pretend that it’s new,” he said.

“If we think we’re going to send police to do the dirty work of containing the problems that arise there — without as a nation and society saying what can we do to change those communities, to help lift up communities, and give those kids opportunity — then we’re not going to solve this problem,” he added.

3 thoughts on “No one paid attention until the fires started”