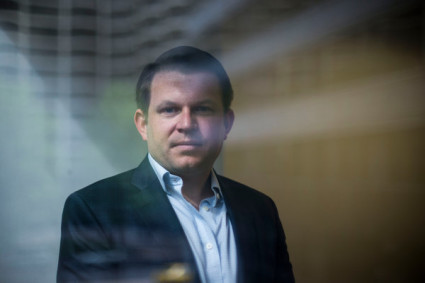 Again: Just enough truth to tie in knots anyone who tries to rebut it. This is the next level of Republican propaganda — don’t fall for it. If you want to vote for Bernie, do so. Just don’t poison the well, because Clinton is the likely nominee:

For months now, America Rising has sent out a steady stream of posts on social media attacking Mrs. Clinton, some of them specifically designed to be spotted, and shared, by liberals. The posts highlight critiques of her connections to Wall Street and the Clinton Foundation and feature images of Democrats like Senator Elizabeth Warren of Massachusetts and Mayor Bill de Blasio of New York, interspersed with cartoon characters and pictures of Kevin Spacey, who plays the villain in “House of Cards.” And as they are read and shared, an anti-Clinton narrative is reinforced.

America Rising is not the only conservative group attacking Mrs. Clinton from the left. Another is American Crossroads, the group started by Karl Rove, which has been sending out its own digital content, including one ad using a speech Ms. Warren gave at the New Populism Conference in Washington last May.

“Powerful interests have tried to capture Washington and rig the system in their favor,” intones Ms. Warren, as images of Mrs. Clinton with foreign leaders flash by.

The new-style digital campaign captures some basic facts about 21st-century communication: Information travels at warp speed on social media, it is sometimes difficult to know where that information comes from, and most people like to read things with which they agree. The result, said Ken Goldstein, a professor of politics at the University of San Francisco who specializes in political advertising, is something more sophisticated.

“Politics is usually basic math,” he said, “and this is a little bit of calculus, thinking a couple steps ahead.”

The tactic is making for some awkward moments online. The A.F.L.-C.I.O. sent to its more than 60,000 followers an America Rising tweet praising its president, Richard L. Trumka, for a speech that was seen as challenging Mrs. Clinton on economic issues, only to take it down a few hours later, saying it was a mistake.

Laura Hart Cole of Verbank, N.Y., whose father, Philip A. Hart, was a senator from Michigan and a liberal icon, was shocked to learn that she had, like Mr. McKibben, shared the meme from America Rising on Twitter. Republican groups, she said, “have a history of sleazy tactics.” But she added: “I guess it’s fair. If what they’re saying is factual, then I guess it’s fair play. It’s a dirty game.”

Conservative strategists and operatives say they are simply filling a vacuum on the far left, as well as applying the lesson they learned in 2012, when they watched in frustration as Mitt Romney was forced to expend time and resources in a protracted primary fight. By the time he secured his party’s nomination, President Obama hardly had to make the case that his opponent was a coldhearted plutocrat; Republicans like Newt Gingrich had already made the argument for him in the primaries.

Few Republicans are more familiar with that nightmare than Matt Rhoades, who was Mr. Romney’s campaign manager. He founded America Rising in response to a recommendation contained in an autopsy of Romney’s failed presidential run that was ordered by the Republican National Committee. The group’s original goal was to compete with American Bridge, the Democratic opposition research group, but its focus under Mr. Rhoades has been to subject Mrs. Clinton to an ordeal similar to Mr. Romney’s.

“The idea is to make her life difficult in the primary and challenge her from the left,” said Colin Reed, America Rising’s executive director. “We don’t want her to enter the general election not having been pushed from the left, so if we have opportunities — creative ways, especially online — to push her from the left, we’ll do it just to show those folks who she needs to turn out that she’s not in line with them.”

No one thinks attacking Mrs. Clinton from the left is likely to turn the most liberal Democrats into Republican voters. But Steven Law, president of American Crossroads, said the goal was simply to erode what should be her natural core of support.

15 thoughts on “Don’t get chumped”