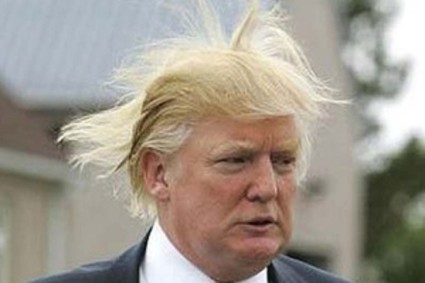 Considering we’re not even sure he’s running. When he files the detailed income information, we’ll know, and if he’s still No. 2 in the polls, he gets a spot in the debates. Grab the popcorn!

The New Hampshire primary could be a big, huge contest on the Republican side.

The new poll from Suffolk University has Jeb Bush in first place at 14 percent — followed closely by Donald Trump with 11 percent.

Rounding out the top five are Scott Walker with 8 percent, Marco Rubio at 7 percent, and Ben Carson at 6 percent.

However, Trump’s personal favorable rating among Republican voters is at only 37 percent, compared to 49 percent viewing him unfavorably. By contrast, Jeb Bush is well into positive territory with a rating of 58 percent favorable, and 26 percent unfavorable.

“Jeb Bush continues to lead, but Donald Trump has emerged as an anti-Jeb Bush alternative in New Hampshire,” writes polling director David Paleologos. “Many of those who like Trump are voting for him, and although many more dislike him, the unfavorables are split up among many other candidates. It’s the politics of plurality.”

The survey of likely Republican primary voters in New Hampshire was conducted from June 18 to 22, and has a margin of error of +/- 4.4 percentage points.

One thought on “Pretty good”