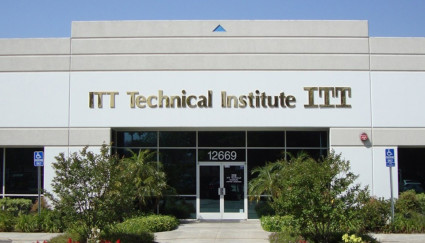 This is the outfit I used to work for, and they’re very politically connected. I really, really hope he nails them:

Rohit Chopra, the former student loan watchdog at the Consumer Financial Protection Bureau, is heading to think tank the Center for American Progress with a plan: To get embattled for-profit ITT Educational Service to change its ways.

On Wednesday, Chopra sent a letter to the company’s top investors encouraging them to push for reforms at one of the largest operators of for-profit technical schools. ITT is facing multiple lawsuits from state and federal authorities for steering students into predatory loans and lying to investors about the high rates of defaults on those loans.

Problems at ITT are being compared to those at now-defunct Corinthian Colleges, the for-profit chain that filed for bankruptcy last month. Allegations that Corinthian lied about the success of its programs and trapped students in predatory loans ultimately led to a series of government lawsuits and the loss of its access to federal funding. Now the government must forgive hundreds of millions of dollars in debt amassed by Corinthian students.

“The collapse of Corinthian Colleges was a reminder that so many students can find themselves in so much trouble. And many investors are worried that some of these companies may not be able to survive,” said Chopra, who as of Wednesday is a senior fellow at the CAP. “It’s important that investors become more engaged in making sure companies are doing what’s right by their students. That’s in the best interest of everybody.”

While at the CFPB, Chopra played a key role in exposing abuses within for-profit colleges and the student loan market. The bureau brought to light troubling lending practice at Corinthian and ITT in separate lawsuits last year.

In the case of ITT, the CFPB accused the company of providing zero-interest loans to students but failing to tell them that they would be kicked out of school if they didn’t repay in a year. When students could not pay up, ITT allegedly forced them to take out high-interest loans to repay the first ones, the CFPB said.