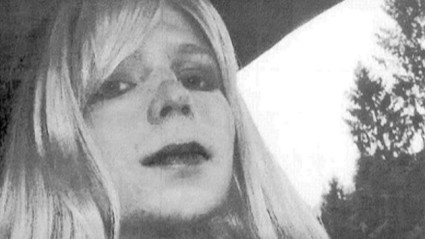 They just want to keep torturing her, and the rest of us don’t stop them:

Railroaded into a military prison for 35 years, whistleblower Chelsea Manning is now facing “indefinitely solitary confinement” for a handful of trivial charges, which stem entirely from allegations by one of the guards (termed “specialists”) that she swept food on the floor in the dining area. This led to a charge of “disorderly conduct.”

That “violation” on the books, Manning was placed in “administrative segregation” and her room searched. They found a handful of magazines, including the issue of Cosmo she had an interview published in, and political books, unsurprising since she’s working on a degree in political science. They dubbed this “Prohibited Property.”

They also found a tube of “anti-cavity toothpaste may-keep-in-cell,” which upon further inspection was a couple of months outdated. This led to the charge of “medicine misuse.”

Taken together, the toothpaste tube, the alleged food on the floor, and the magazines are enough to send Manning even further up the river, apparently, and officials are spurning calls to make the hearing open to the public.

One thought on “Subtle, ain’t they?”