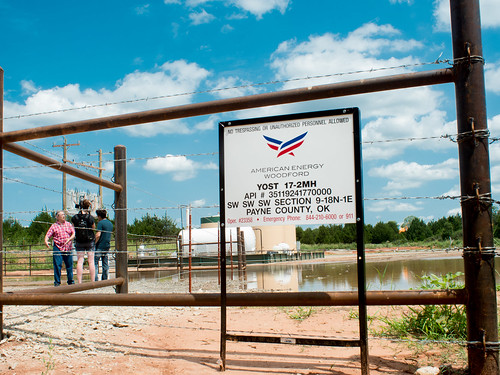 I remember all those years when they kept telling us any connection was all in our heads:

The central US state of Oklahoma has gone from registering two earthquakes a year to nearly two a day and scientists point to a controversial culprit: wastewater injection wells used in fracking.

Located in the middle of the country, far from any major fault lines, Oklahoma experienced 585 earthquakes of a magnitude of 3.0 or greater in 2014. That’s more than three times as many as the 180 which hit California last year.

As of last month, Oklahoma has already experienced more than 600 quakes strong enough to rattle windows and rock cars. The biggest was a 4.5-magnitude quake that hit the small town of Crescent.