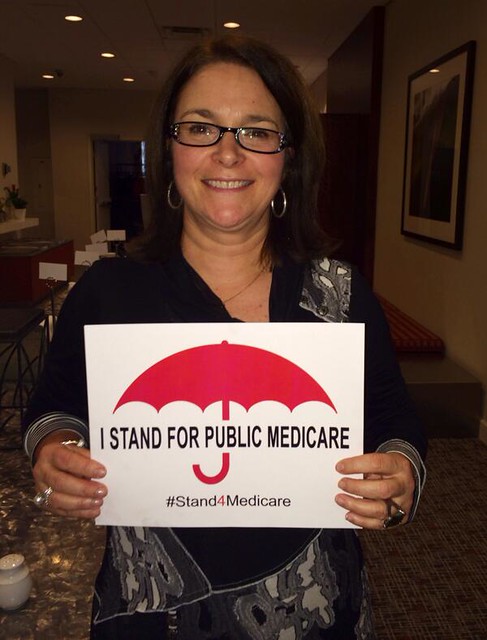 If Stephen Harper is successful in completing negotiations of the TransPacific Partnership (TPP) and signing it into law, it will set Canada on a path that further financially stresses and privatizes its model public health system, pushing it in the direction of the US failed market-based system. Though the TPP has been negotiated in secret for more than 5 years, leaked text shows that the TPP will increase the prices of pharmaceuticals and medical devices, give greater legal standing and involvement in policy decisions to corporations and force privatization of Canadian Medicare, as well as other public services.

According to the Intellectual Property chapter leaked in late 2013, the TPP contains several provisions that would increase the cost of pharmaceuticals and medical treatments by reducing barriers to patenting just about anything including surgical procedures, extending patent exclusivity and placing obstacles to producing generics. Text released this year shows that the TPP would give pharmaceutical and medical device companies more control over health system formularies forcing them to include high-priced products that are not any more effective than less costly options. And a leaked investment chapter from 2012 reveals that corporations will have greater legal rights to challenge laws that interfere with their expected profits, including laws that protect public health and safety, in an international trade tribunal that supersedes national judicial systems. These changes will raise the cost of health care and place a greater strain on national health system budgets which will translate to shifting more of the cost of care onto individuals and reducing access to necessary care.

As if that isn’t enough, leaked chapters also show that the intention of the TPP and other new international treaties under negotiation is to force public institutions to become more “corporatized” and thus open the door to irreversible privatization. Professor Jane Kelsey from New Zealand provides a detailed analysis of the risks to state-owned enterprises such as Canadian Medicare. The bottom line is that rather than being treated as a public good, the TPP would require governments to treat services such as health care as a profit center and prohibit the provision of services that are not profitable. This will force national health systems to become market-based systems as in the US which is the most expensive in the world, leaves tens of millions of people without access to care and results in wide disparities in health outcomes and life expectancy.

It is no surprise that Harper would negotiate away Medicare in the TPP because he has already taken steps to under-fund and thus dismantle Medicare. In the 2014 budget, Harper moved Medicare to a per-capita federal reimbursement structure that disadvantages less populated provinces and tied federal funds to economic growth instead of the previous set annual increase. Harper lobbied hard for Canada to be admitted to the TPP negotiations despite public opposition.