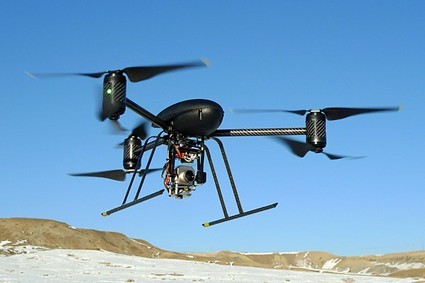 The source who leaked the documents told the Intercept he’s concerned that “addiction” to drone strikes in military circles may prevent the government from changing course away from extrajudicial killings. “The military is easily capable of adapting to change, but they don’t like to stop anything they feel is making their lives easier, or is to their benefit. And this certainly is, in their eyes, a very quick, clean way of doing things. It’s a very slick, efficient way to conduct the war, without having to have the massive ground invasion mistakes of Iraq and Afghanistan,” the source told the Intercept. “But at this point, they have become so addicted to this machine, to this way of doing business, that it seems like it’s going to become harder and harder to pull them away from it the longer they’re allowed to continue operating in this way.”

The US government creates so-called “baseball cards” to manage identifying possible targets during the killing process. That baseball card, along with other information, is part of the package that’s ultimately sent to higher ups including the President, who decide whether to bomb someone.

Decisions about who to kill are often based on cell phone records. Yet the drone documents describe the military’s signals intelligence (or SIGINT) capabilities in places like Somalia and Yemen as “poor” and “limited.” The Intercept’s source reflected on this problem: “There’s countless instances where I’ve come across intelligence that was faulty. It’s stunning the number of instances when selectors are misattributed to certain people. And it isn’t until several months or years later that you all of a sudden realize that the entire time you thought you were going after this really hot target, you wind up realizing it was his mother’s phone the whole time.”

The documents reveal that the US government is aware that many of its strikes do not kill the intended targets—as many as 9 out of 10. This despite claims by top members of the US security state establishment that its drone strikes do not kill civilians.

I would argue that the ease of use is what makes drones inherently immoral. The fact that they’re inaccurate is beside the point.

One thought on “More from drone leaks”