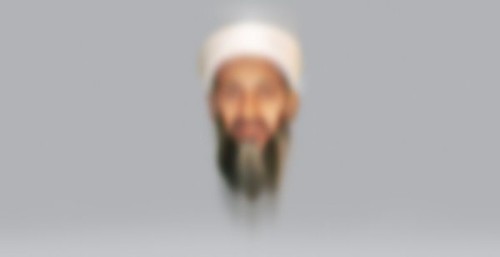 The whole story always sounded like a con job, because I was following the neighboring Pakistanis on Twitter during/after the raid, and their stories differed greatly from the official version. According to their reports, the Pakistani military’s cooperation was obvious. The NYT Magazine:

This sort of reception is nothing new for [Sy] Hersh. A Pentagon spokesman at the time of Abu Ghraib, Lawrence Di Rita, described one of his many (now unchallenged) articles for The New Yorker on the scandal as ‘‘the most hysterical piece of journalist malpractice I have ever observed.’’ Still, Hersh got worked up in some of the interviews he gave after the publication of the bin Laden piece. ‘‘I don’t care if you don’t like my story!’’ he told a public-radio host during one grilling. ‘‘I don’t care!’’ But with time, his petulance cooled into a kind of amusement. ‘‘High-camp’’ was one adjective he used to describe the administration’s version of the events.

At one point in our conversation, I reminded Hersh that I wasn’t going to offer a definitive judgment on what happened. I didn’t want to reinterview the administration officials who had already given their accounts of the events to other journalists. I saw this as more of a media story, a case study in how constructed narratives become accepted truth. This felt like a cop-out to him, as he explained in a long email the next day. He said that I was sidestepping the real issue, that I was ‘‘turning this into a ‘he-said, she-said’ dilemma,’’ instead of coming to my own conclusion about whose version was right. It was then that he introduced an even more disturbing notion: What if no one’s version could be trusted?

For those in and around the news business, the fact that Hersh’s report appeared in The London Review of Books and not The New Yorker, his usual outlet, was a story in its own right, one that hasn’t been told in full before. (Editors and reporters may not be as secretive as intelligence officials, but they like to keep a tight lid on their operational details, too.)

A week or so after the raid, Hersh called The New Yorker’s editor, David Remnick. In 2009, Hersh wrote a story for the magazine about the growing concern among U.S. officials that Pakistan’s large nuclear arsenal could fall into the hands of extremists inside the country’s military. Now he let Remnick know that two of his sources — one in Pakistan, the other in Washington — were telling him something else: The administration was lying about the bin Laden operation.

One thought on “What do we really know about Bin Laden’s death?”