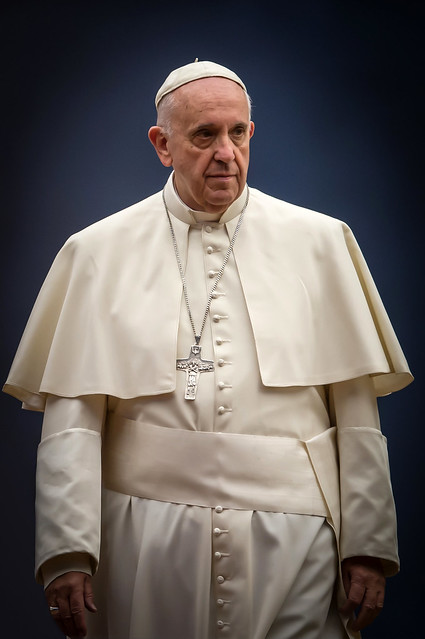 Much like it is with our own politics, most of what this pope can accomplish is incremental. But he’s headed in the right direction:

Pope Francis, ending a contentious bishops’ meeting on family issues, on Saturday excoriated immovable Church leaders who “bury their heads in the sand” and hide behind rigid doctrine while families suffer.

The pope spoke at the end of a three-week gathering, known as a synod, where the bishops agreed to a qualified opening toward divorcees who have remarried outside the Church but rejected calls for more welcoming language toward homosexuals.

It was the latest in a series of admonitions to bishops by the pontiff, who has stressed since his election in 2013 that the 1.2 billion-member Church should be open to change, side with the poor and rid itself of the pomp and stuffiness that has alienated so many Catholics.

In his final address, the pope appeared to criticize ultra-conservatives, saying Church leaders should confront difficult issues “fearlessly, without burying our heads in the sand.”

He said the synod had “laid bare the closed hearts which frequently hide even behind the Church’s teachings or good intentions, in order to sit in the chair of Moses and judge, sometimes with superiority and superficiality, difficult cases and wounded families”.

He also decried “conspiracy theories” and the “blinkered viewpoints” of some at the gathering, and said the Church could not transmit its message to new generations “at times encrusted in a language which is archaic or simply incomprehensible”.

The outcome of the gathering, over which the pope presided, marked a victory for conservatives on homosexual issues and for progressives on the thorny issue of remarriage.

The final synod document restated Church teachings that gays should not suffer discrimination in society, but also repeated the stand that there was “no foundation whatsoever” for same-sex marriage, which “could not even remotely” be compared to heterosexual unions.

The 94-article document indicated that the assembly had decided to avoid overtly controversial language and seek consensus in order to avoid deadlock on the most sensitive topics, leaving it up to the pope to deal with the details.

The synod is an advisory body that does not have the power to alter church doctrine. The pope, who is the final arbiter on any change and who has called for a more merciful and inclusive Church, can use the material to write his own document, known as an “apostolic exhortation”.