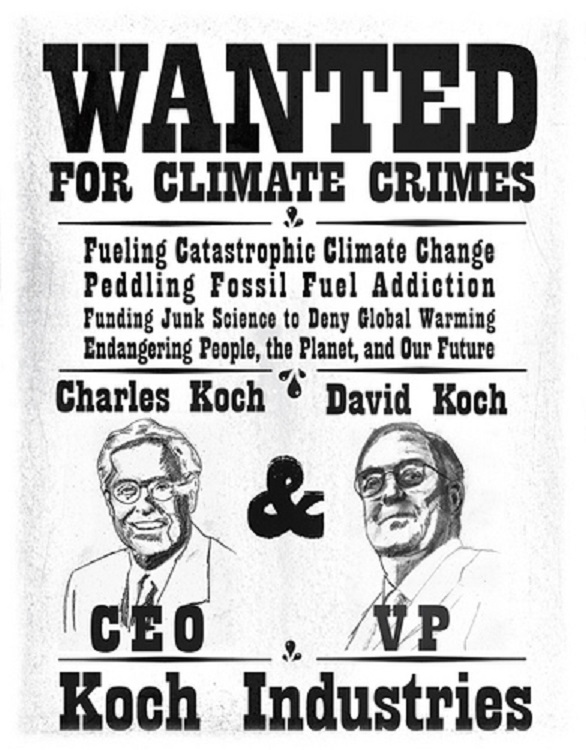 Scott Walker went right back to Wisconsin to do some really unthinkable things:

The Koch-backed measures to eviscerate Wisconsin’s limits on money in elections and neuter the state’s election watchdog hit a stumbling block in the state senate this week, with a handful of Republican senators expressing concern that the measures go too far.

So the Kochs are going on the offensive.

David Koch’s Americans for Prosperity is up with ads targeting constituents of GOP Senators Rob Cowles of Green Bay, Luther Olsen of Ripon, Sheila Harsdorf of River Falls, and Jerry Petrowski of Marathon, who have expressed reservations about the measures. The ads portray the nonpartisan Government Accountability Board (GAB) as a cold war-era agency “silencing free speech” and “raiding conservative’s (sic) homes.” AFP Wisconsin’s director Eric Bott also said the group would be mobilizing its activists this week. AFP is the only group registered to lobby in favor of dismantling the GAB.

Wisconsin Club for Growth also launched a robocall campaign on Tuesday, with a recording of the Club’s director Eric O’Keefe urging the wavering senators’ constituents to demand the senators vote “yes” on the bill.

Wisconsin Club for Growth and Scott Walker were part of a $20 million scheme during the recall elections to evade the state’s campaign finance laws and disclosure requirements, prosecutors believed. The GAB assisted in that investigation, sparking a legal and media counter-assault from the Club, with O’Keefe as its most visible proponent. The Wisconsin Supreme Court, whose majority was elected to the bench with at least $10 million in spending from the Club and other groups under investigation, shut down an investigation into the scheme earlier this year.