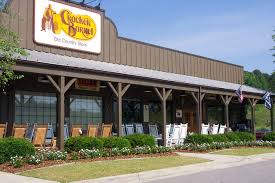 A man can’t even go to the Cracker Barrel without a gun? It’s getting to the point where no place is safe, isn’t it?

Another day, another good guy with a gun accidentally dropping his gun and accidentally shooting several people. This time it was at a Florida Cracker Barrel, where patrons were enjoying their Sunday morning breakfast when BAM! A fellow patron’s gun fell out of his holster:

Deputies said the weapon fell out of the gun owner’s holster while he was walking through the dining room of the Cracker Barrel in Sanford.

Deputies said William Hoback was talking to the checkout counter when his gun slipped out of his holster and fired.

The bullet hit a kettle, which sent fragments flying.