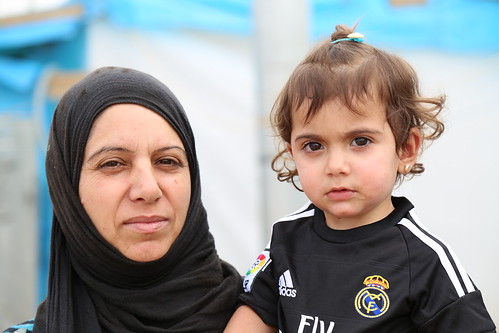 And shame on the Democratic governor of New Hampshire for joining them:

At least 23 governors, expressing fears about terrorism, are taking action — through executive order, a request to federal officials or some other means — to prevent Syrian refugees from settling in their states.

Their stand in the name of public safety began Sunday and escalated quickly Monday, igniting a debate over whether states even have the power to refuse people based on their nationality.

Twenty-two of the 23 governors are Republican.

They can’t even do it. Obama has the statutory authority to admit refugees! But the wingnuts are desperate for something, anything they can use in the next election. They’re not afraid of guns coming out the wazoo, but when it comes to people who look or believe differently, they cry like the whiny ass titty babies they are. Fuck them.